Supreme Has Officially Converted To Shopify 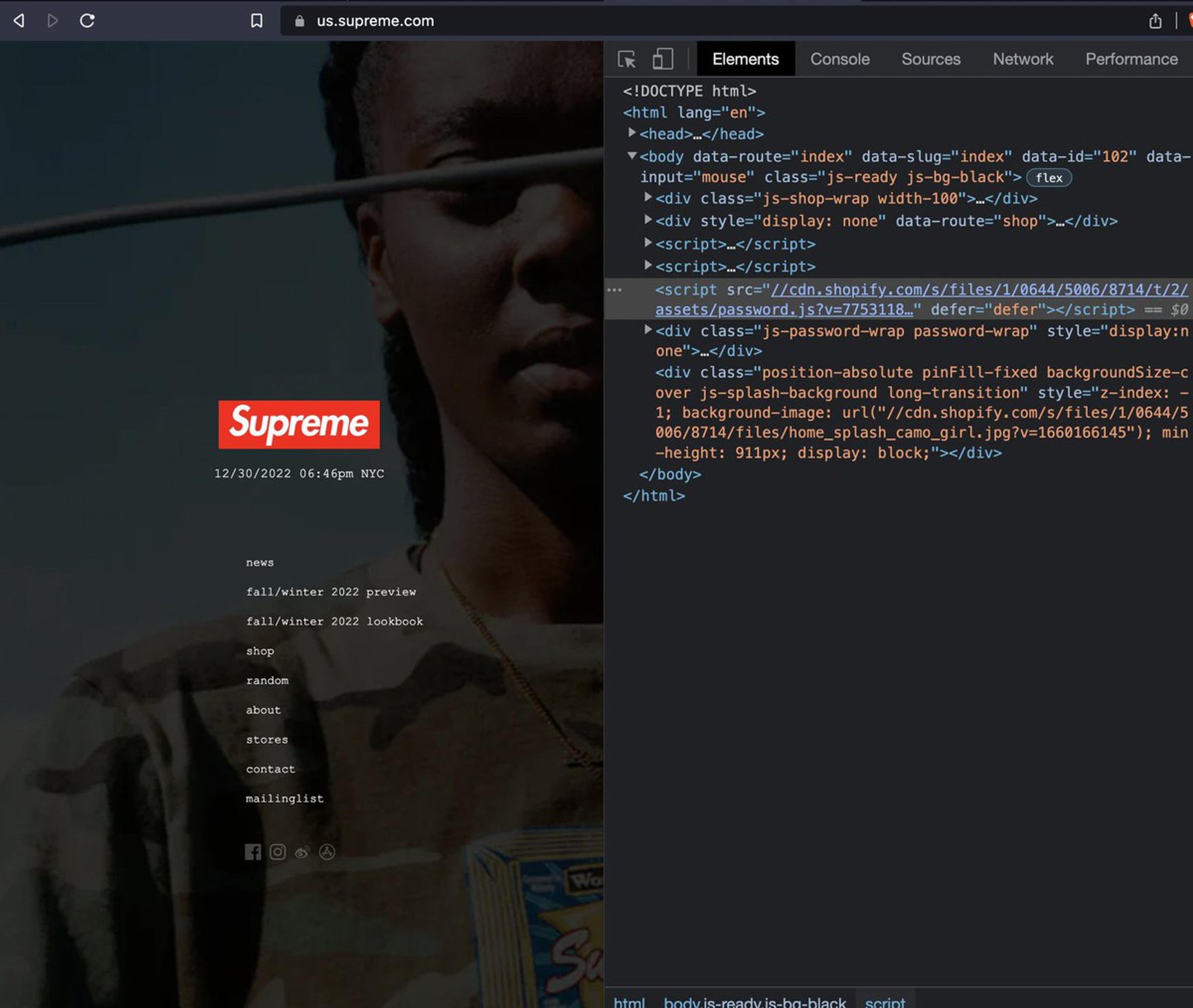 Legendary Fashion brand Supreme has announced that it will be switching to a Shopify website for its online store. The move marks a significant shift for the brand, which has previously relied on its own proprietary platform for e-commerce.

One huge change of switching to Shopify for Supreme is that the platform may allow bots to checkout more frequently. Supreme's highly sought-after products often sell out within minutes of being released, and bots have been known to be used by individuals trying to secure these products for resale at a higher price. Shopify has advanced fraud detection measures in place, but it is still possible that the use of bots may increase with the switch to the platform.

The switch to Shopify comes after a highly successful partnership between the two companies in 2020. Supreme collaborated with Shopify to launch a pop-up shop in Brooklyn, which proved to be a major success. The company was impressed by the ease of use and flexibility of the Shopify platform, leading them to make the decision to switch to the platform for their main website as well. However due to this decision Supreme will lose the iconic Supremenewyork.com domain.

Supreme fans can expect a smooth transition to the new website, as Shopify has a reputation for being user-friendly and reliable. The brand's entire catalog will be available on the new website, with the added bonus of new features such as the ability to filter products by size and color. Shopify CEO Tobi Lütke commented on the partnership, saying

"We're thrilled to have Supreme join the Shopify family and bring their iconic brand to our platform. We believe in the power of entrepreneurship and are excited to see what the future holds for Supreme on Shopify."

The switch to Shopify is a smart move for Supreme, as the platform offers a range of tools and resources for businesses of all sizes. From customizable templates to powerful analytics, Shopify has everything a brand needs to succeed in the digital world. The question remains for the everyday Supreme fanatic, will they be able to checkout, or will the bots eat the stock. Only time will tell. Supreme has ramped up stock on their releases, following VF Corporation's acquisition of the company, but items continue to sell out.

Supreme's switch to Shopify is a testament to the platform's growing popularity in the fashion industry. With its user-friendly interface and robust feature set, it's no surprise that more and more brands are making the switch to Shopify. For more news on Supreme and to stay up to date with the latest releases, connect with us, on Instagram and Twitter.