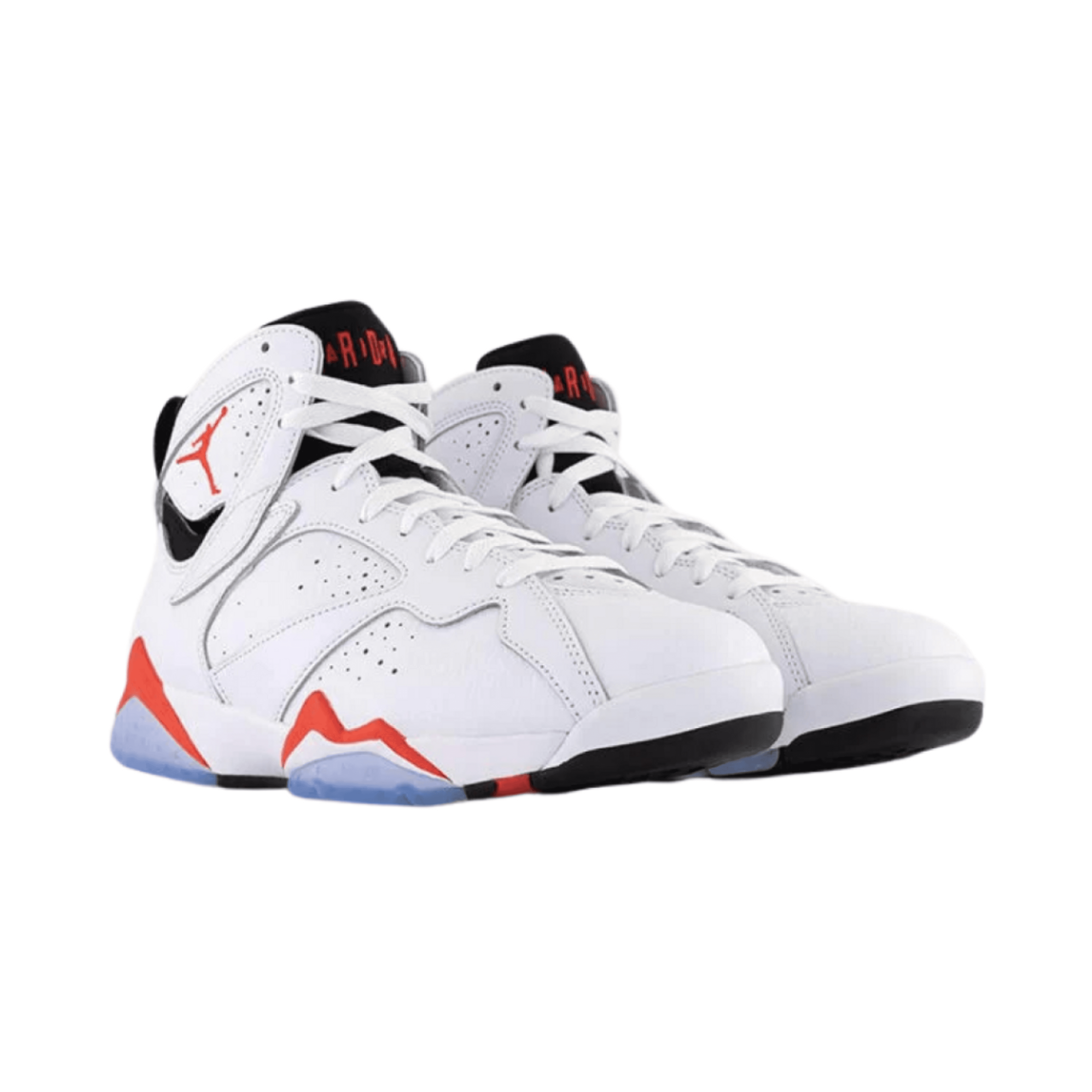 Step into iconic style and nostalgia with the re-release of the Air Jordan 7 White Infrared, worn by Michael Jordan during the 1992 Olympics and a must-have for any sneakerhead.

The Air Jordan 7 Retro White Infrared is a colorway of the Air Jordan 7 sneaker. The shoe features a white leather upper with infrared accents on the midsole, outsole, and branding. The shoe also features a red Jumpman logo on the heel counter, and has a red 23 patch on the back heel while the tongue comes in black. The shoe was originally released in 1992 as part of the Air Jordan lineup and was worn by Michael Jordan during the 1992 Barcelona Olympics. This version is a re-release of the original shoe, with the same color but with modern construction and updated materials. The pair is finished off with an icy translucent blue and black outsole.

Although no official release date has been announced for the Air Jordan 7 Retro White, it's scheduled to drop this Summer on the Nike SNKRS app and select Jordan Brand retailers for $200. Rumors circulating have a release date of June 30th, 2023, but nothing is set in stone quite yet. While we wait for official images you can check out the Mock-up of the pair below. For your chance at securing a pair some nostalgia, and to stay up to date with the latest releases, connect with us on Instagram and Twitter. 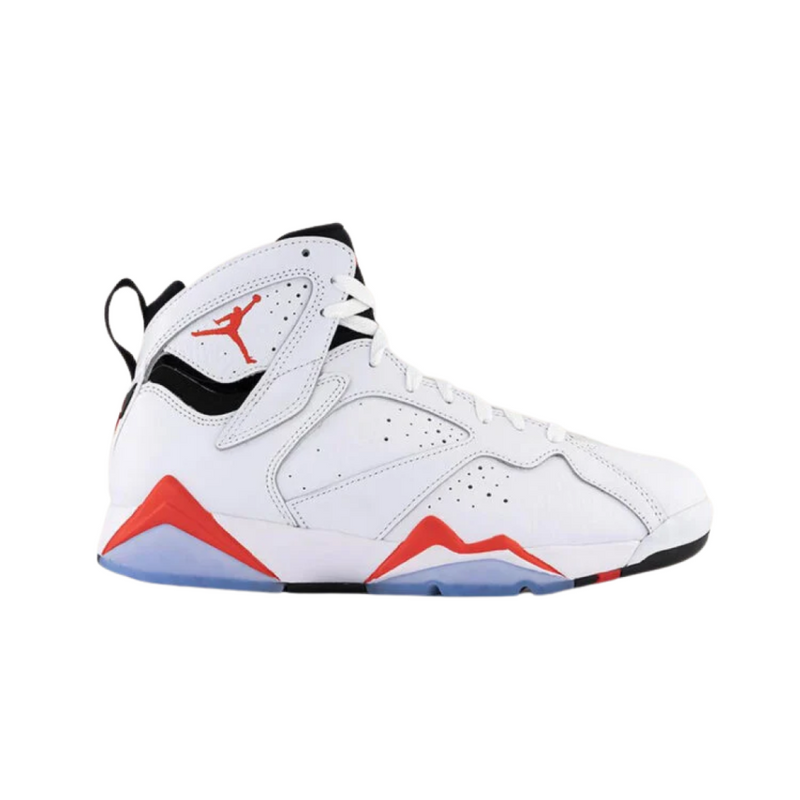 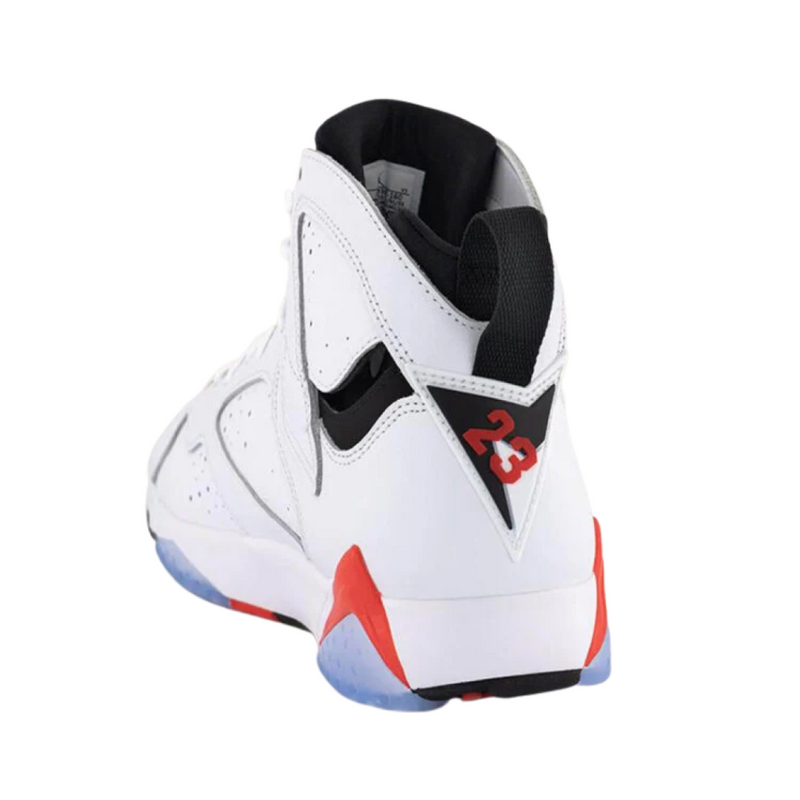 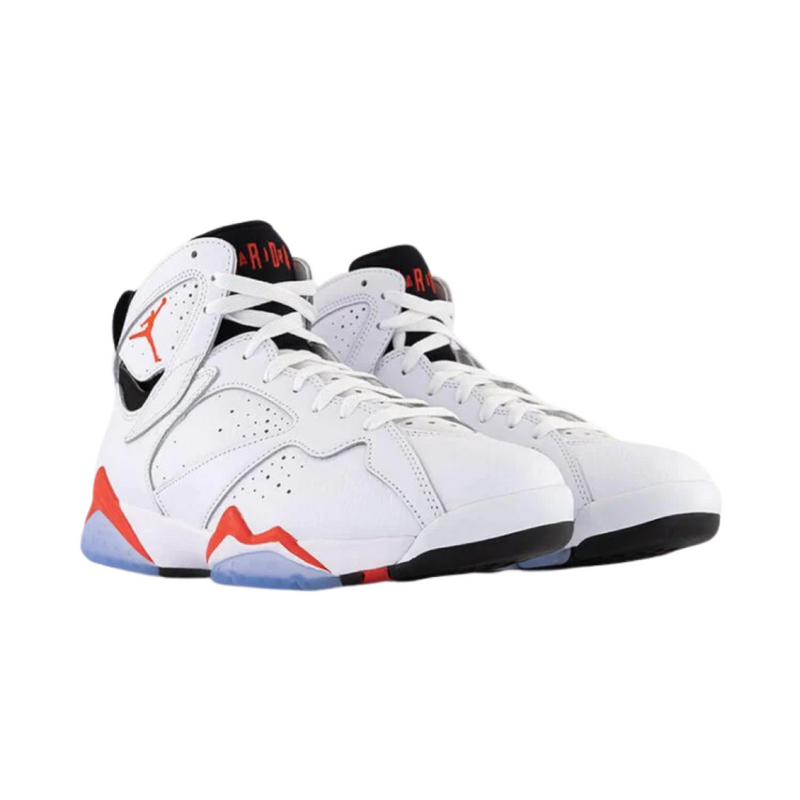 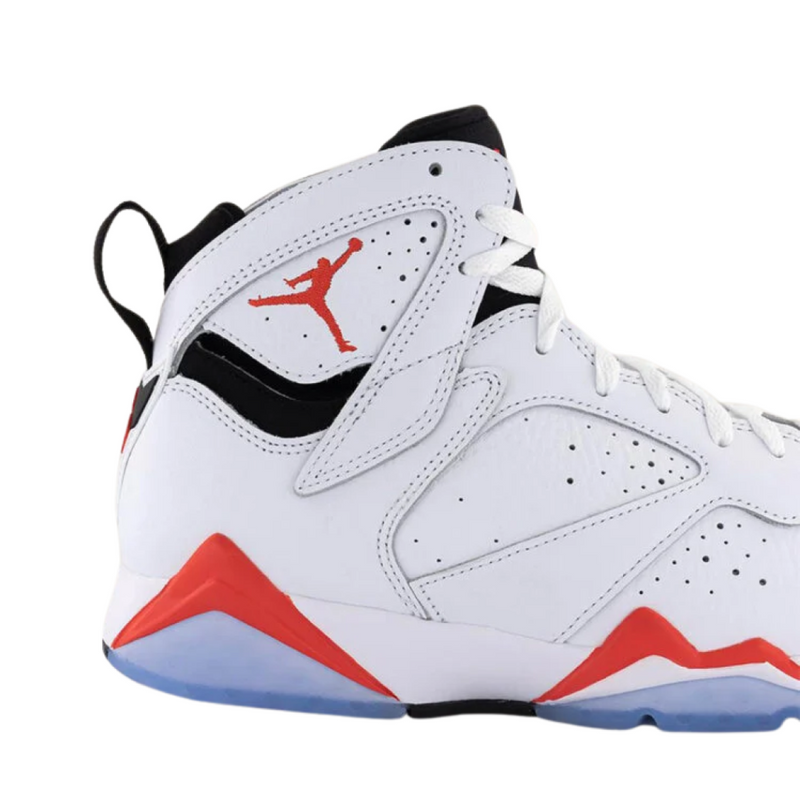 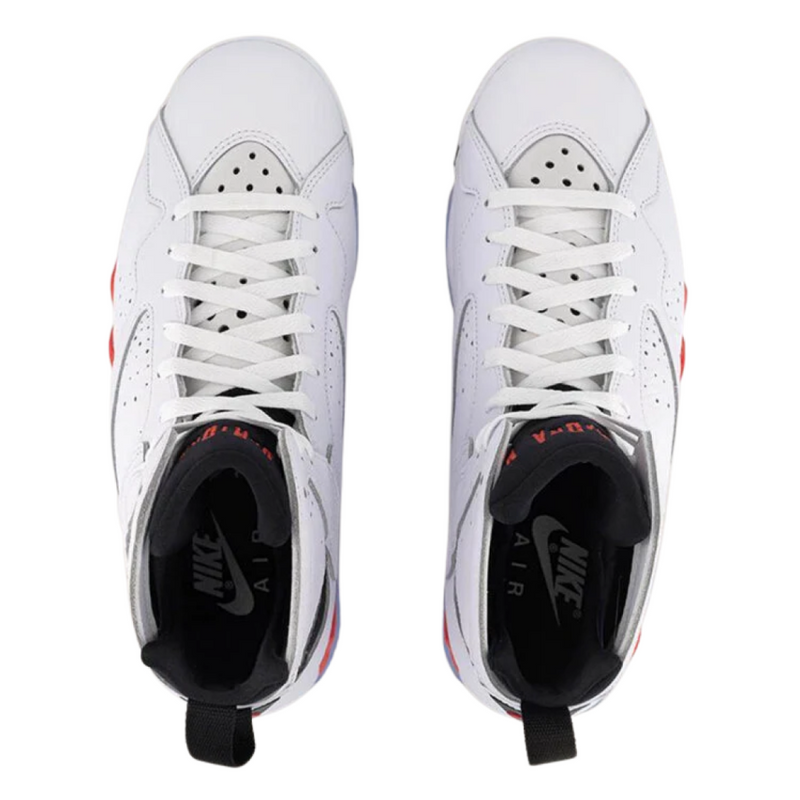