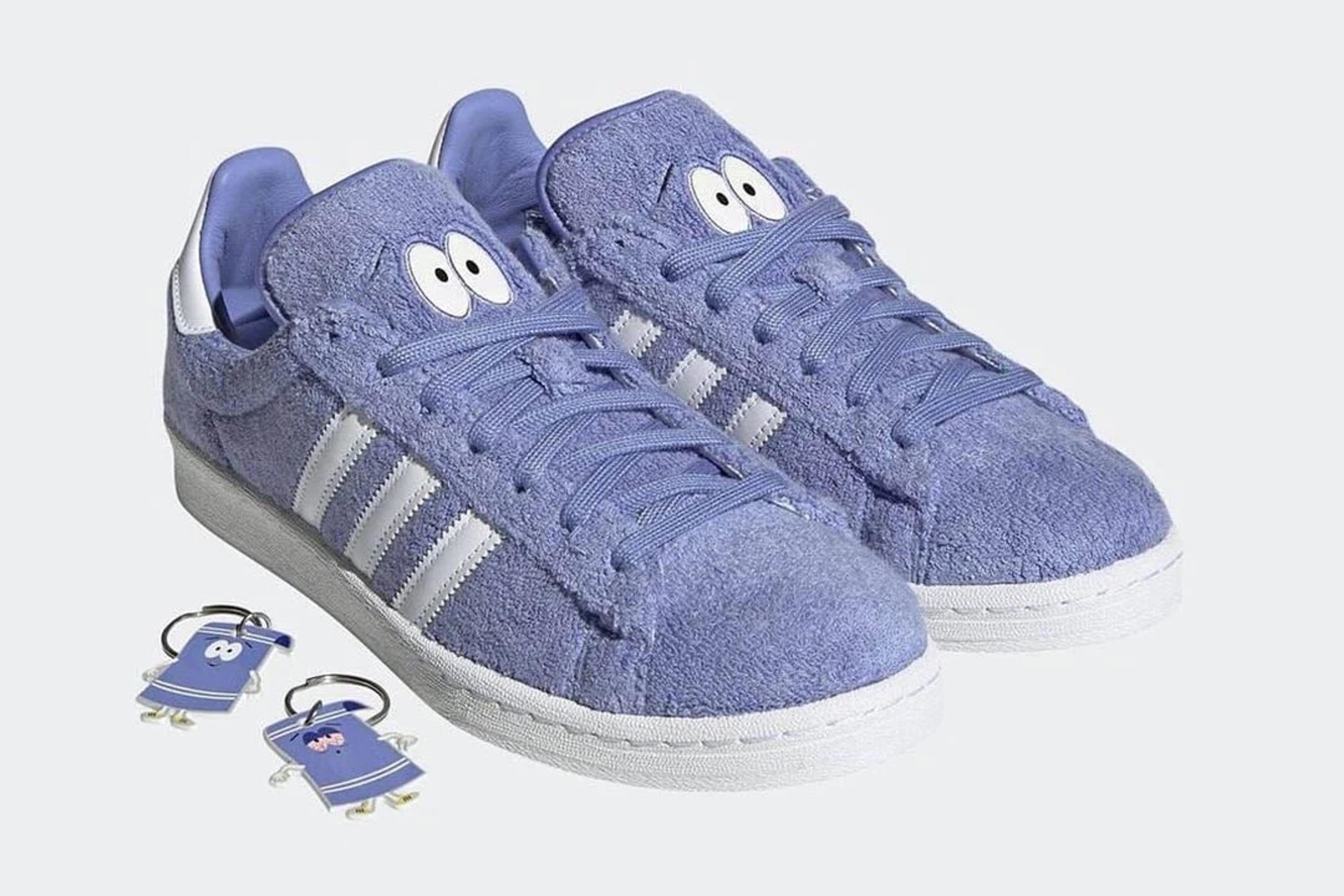 "Don't forget to bring a towel" is the infamous Towelie The Towels slogan. He is a beloved character from the classic Tv show South Park. The pair was first released in April to celebrate the unofficial holiday known as 4/20.

The sneaker honors Towelie as if he himself was consumed by the shoe, the fuzzy terry cloth material in Chalk Purple gives the appearance of a fluffy towel on the shoes upper. When the eyes located on the tongue are exposed to UV light they transform into a blood shot red and show the stoner towels true colors. The eyes, Adidas stripes, and logo on the heel are constructed of a white leather and sit atop a white sole. Inside the tongue there is a hidden compartment where you can stash all types of goodies, for now it hold the Towelie keychain included with the sneakers. The Finishing details “Don’t Forget to Bring a Towel” and “I Have No Idea What’s Going On” quotes are emblazoned on the inner tongue.

You can get your hands on the Adidas Campus 80s South Park Towelie restock October 6, 2022 at select retailers or on Adidas.com. For more updates on the future collaborations with Adidas and to stay up to date with the latest releases connect with us on Instagram and Twitter.

Photos Via Kicks On Fire 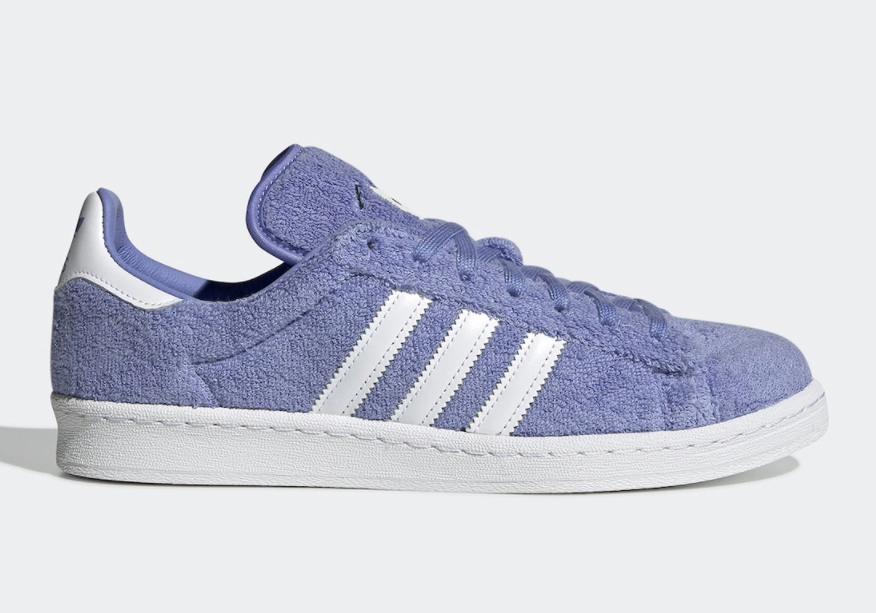 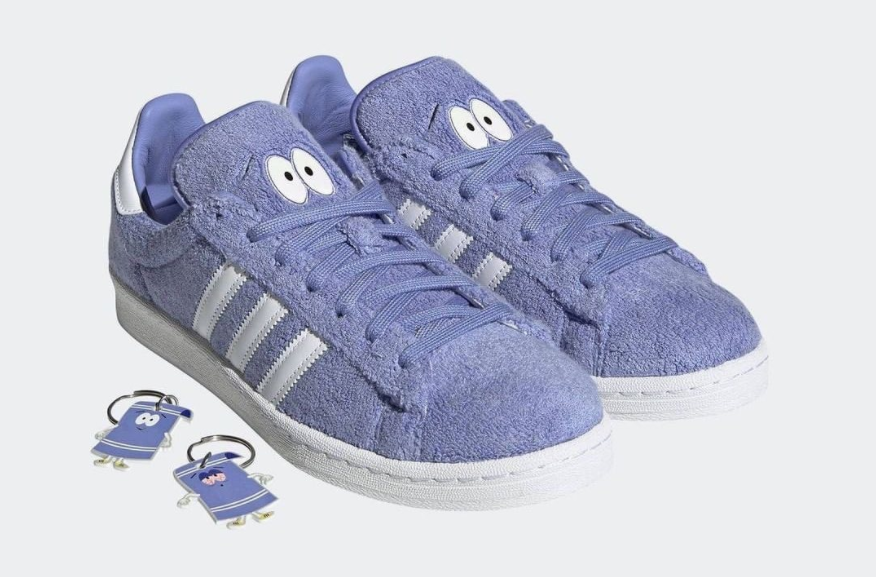 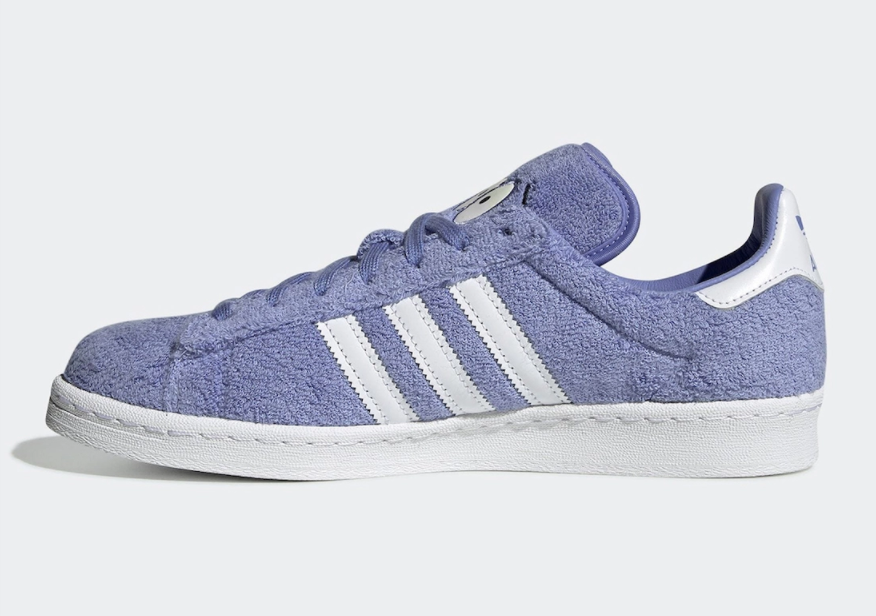 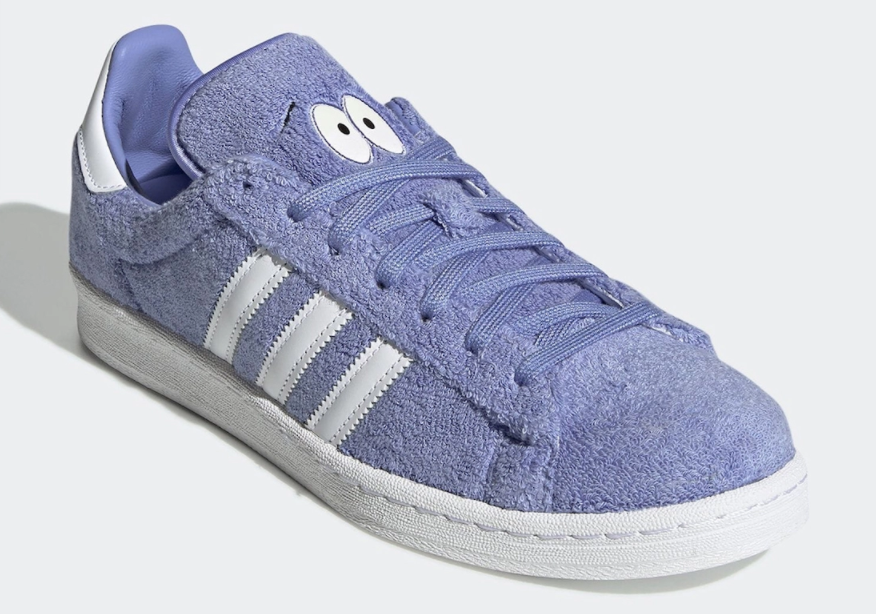 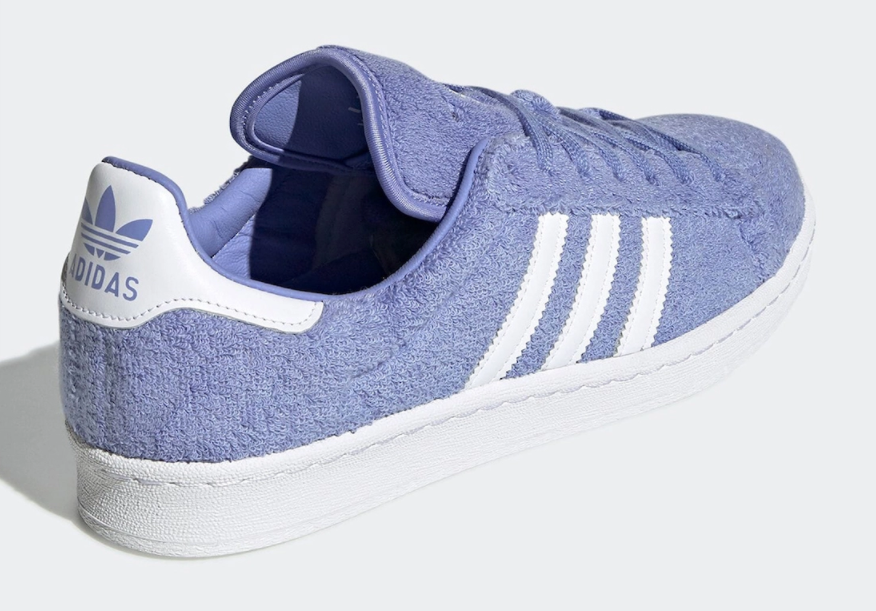 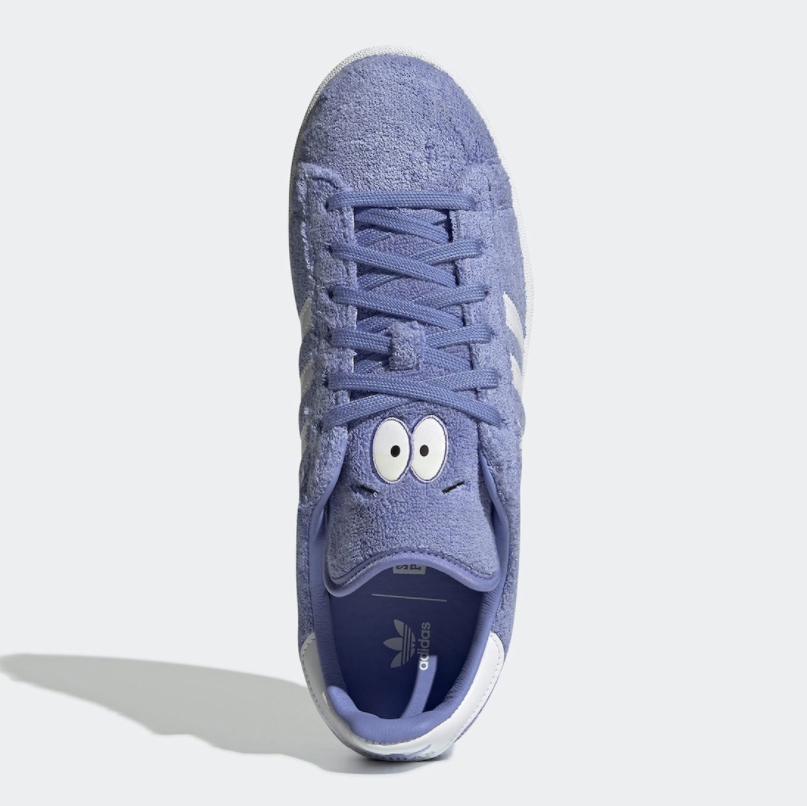 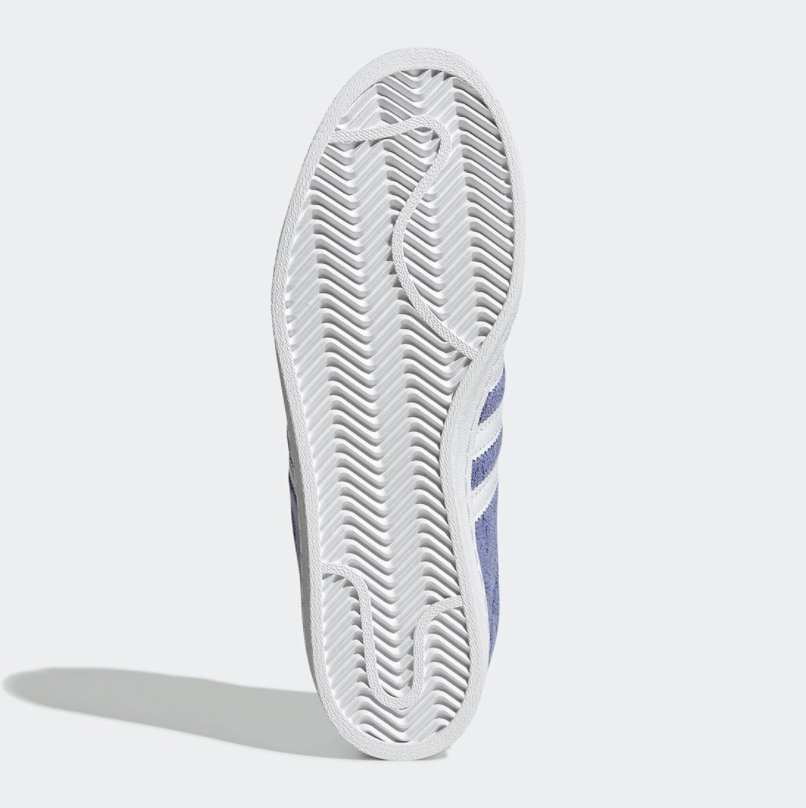 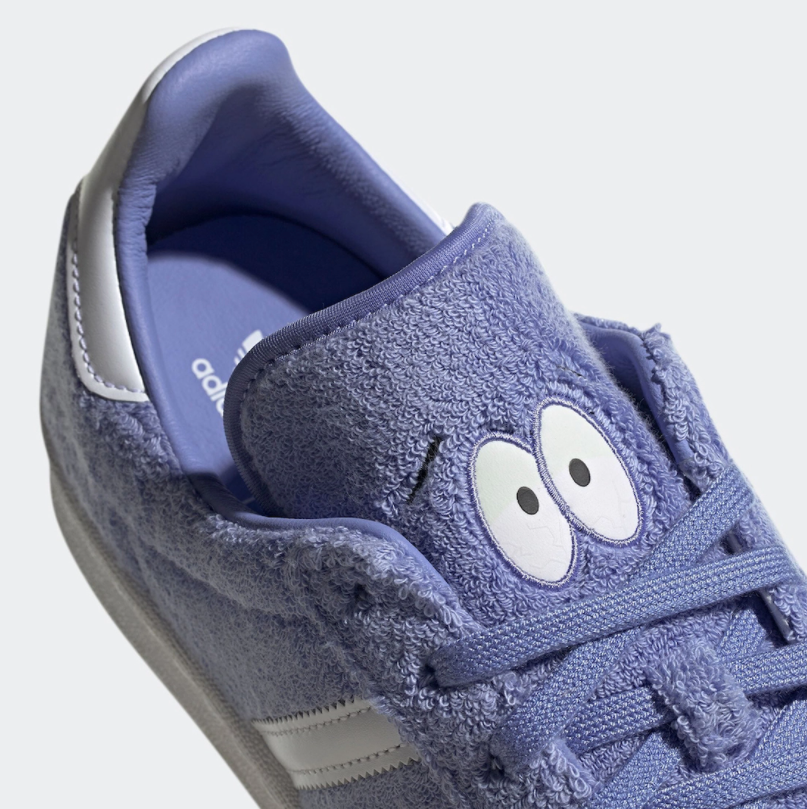 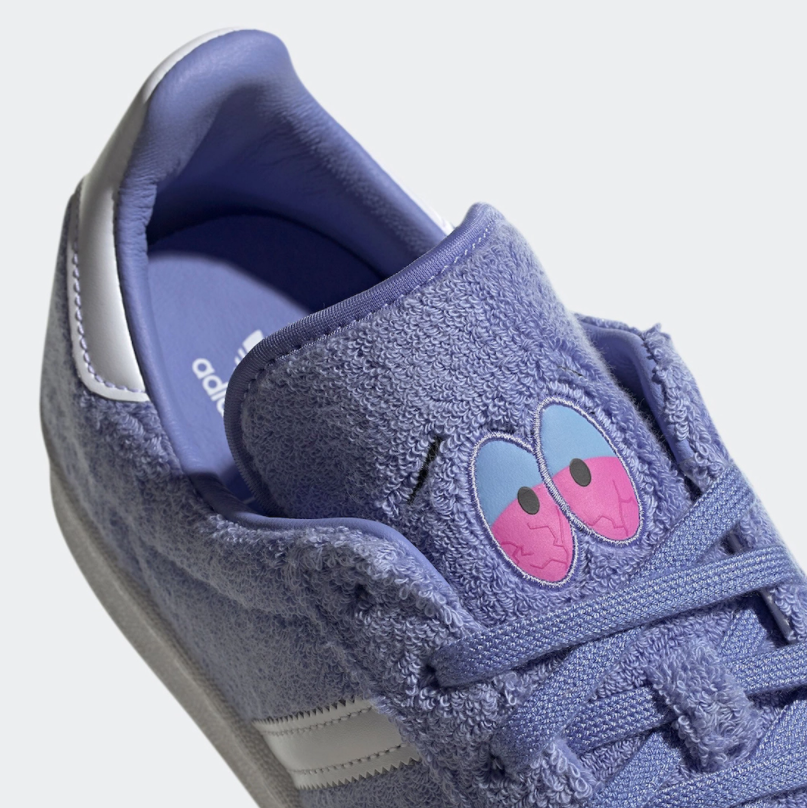 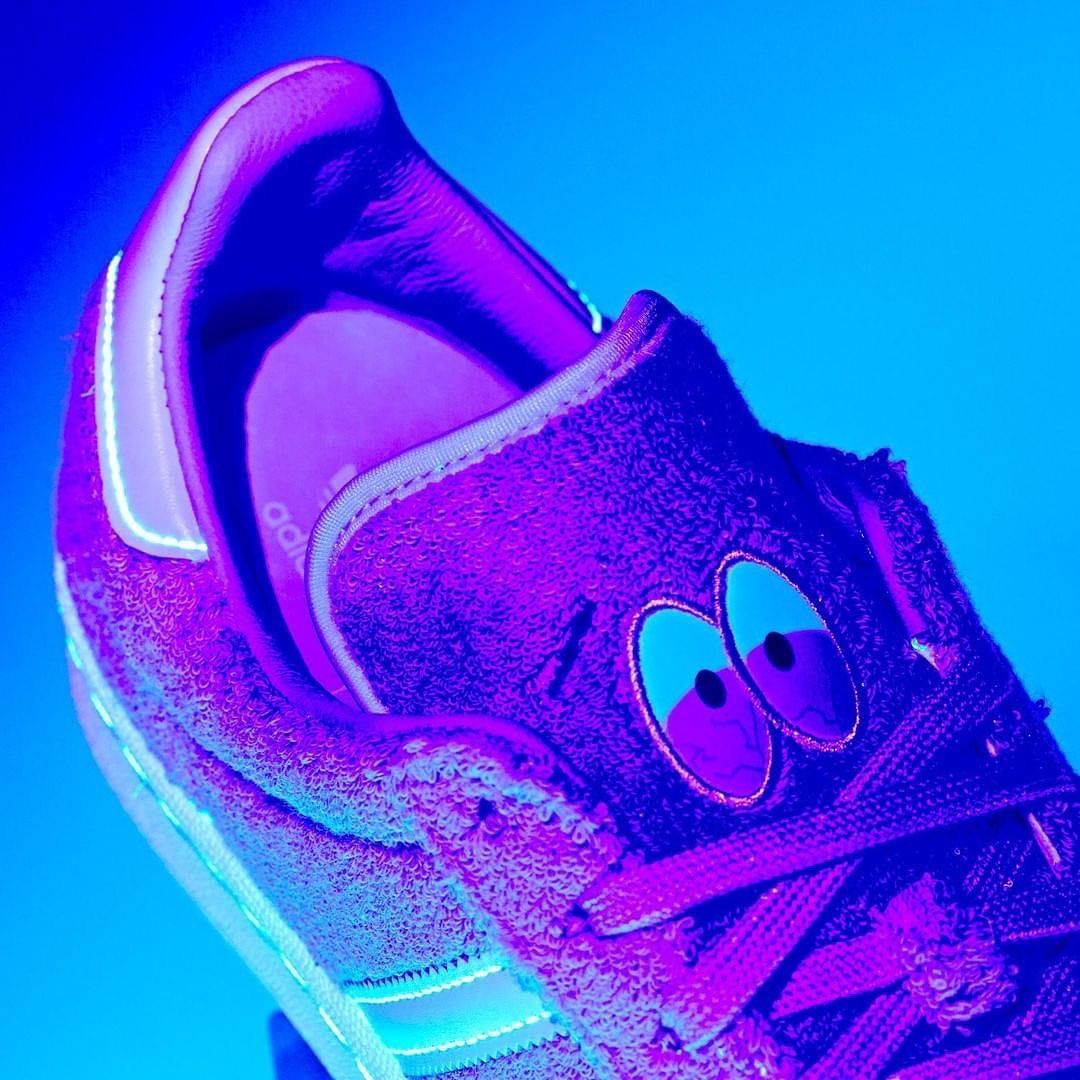